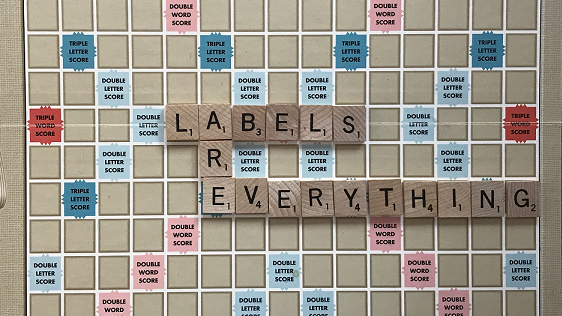 Look at the ID badges of the workers in a typical large corporation, and you are likely to see different types. That’s one way companies distinguish their full-time, permanent employees from the large (and growing) population of contingent workers presumed to have no permanent relationship with the company. People with non-employee badges may be excluded from certain meetings, training courses, or even access to the company gym.

Some of these workers come from staffing agencies. Some contract with the client through the company’s vendor program. Others represent Big 4 consulting firms, IT vendors, or boutique consulting firms. Some of these non-employee workers may be there for months to develop or implement a certain program, and others may be there for just a day or two to teach a workshop.

There’s a lot of confusion over the status of these workers, with people performing jobs under different titles -- “contractors”, “consultants”, and “freelancers”, as well as “temps” who fill in for full-time employees on leave. You might even hear the terms used interchangeably for the same person or position.

For professional independent consultants, wading through the confusion is critical.

Positioning yourself the wrong way can limit your income, cost you thousands of dollars a year in taxes, stunt your professional development, and tie you unnecessarily to the traditional 9-to-5 routine.

Explicitly marketing yourself with the term “professional independent consultant” can increase the price you can command, and it can help you to be paid on a 1099 tax basis rather than on a W-2 basis. (Friends don’t let friends W-2!TM) Additionally, as an independent consultant, you will have discretion over the means and manner of your work. (Caveat: Just calling yourself a consultant doesn’t mean you won’t have to negotiate to keep your independent status. See our Vendor Compliance sectionfor more info.)

At the end of the twentieth century, the differences between various roles were fairly well understood but over the last several years, the terms have been intermingled. Let’s set the record straight again.

The 21st century brings an addition to the list:

The contingent workforce is a catch-all term for all non-employee workers, including every type of worker defined in here.

It’s especially important to understand another critical term that is neither a label nor a role, but rather a legal classification: independent contractor.

An independent contractor is a person, business, or corporation that provides goods or services to a client under terms specified in a contract or verbal agreement. Independent contractors are paid on a 1099 tax basis (sometimes called a corp-to-corp basis) as opposed to being paid on a W-2 tax basis like an employee.v(Note: Don’t ever rely on a verbal agreement! Be sure to read "The ABC's of Contracting").

When you read the definitions of these terms in one place, it all starts to make sense. But to the general public, and most clients, it’s clear as mud. Part of the problem is that when staffing agencies recruit workers, they often use the term “consultant” for all types of roles because it sounds more professional. Moreover, bloggers and journalists often misuse the terms too. The definitions have become fuzzy and intermingled. It’s important that we set the record straight so we’re hired and respected as business owners.

What You Call Yourself Matters

Clearly, we have a point of view about calling yourself an independent consultant, but we want to caution you too. How you label yourself influences how people will perceive you. Stereotypes and assumptions are rampant and inconsistent:

"Consultants just talk a lot of theory. They don’t actually do anything.”

“Consultants charge more than contractors for the same work.”

“Freelancers are less expensive than contractors.”

“Freelancers are more expensive than contractors.”

“Contractors are less educated and less experienced than consultants.”

“Contractors want to be hired as ‘real’ employees.”

Perhaps most importantly, your “job title” will likely impact how you are hired and paid. Corporations are likely to hire contractors and freelancers through a third-party staffing firm, who usually pays these workers on a W-2 tax basis. As a self-employed professional, no matter what you call yourself, you’re likely leaving money on the table if you are paid on a W-2 basis.